What is Metaphysics?: A Review of William Hasker’s ‘Metaphysics’ 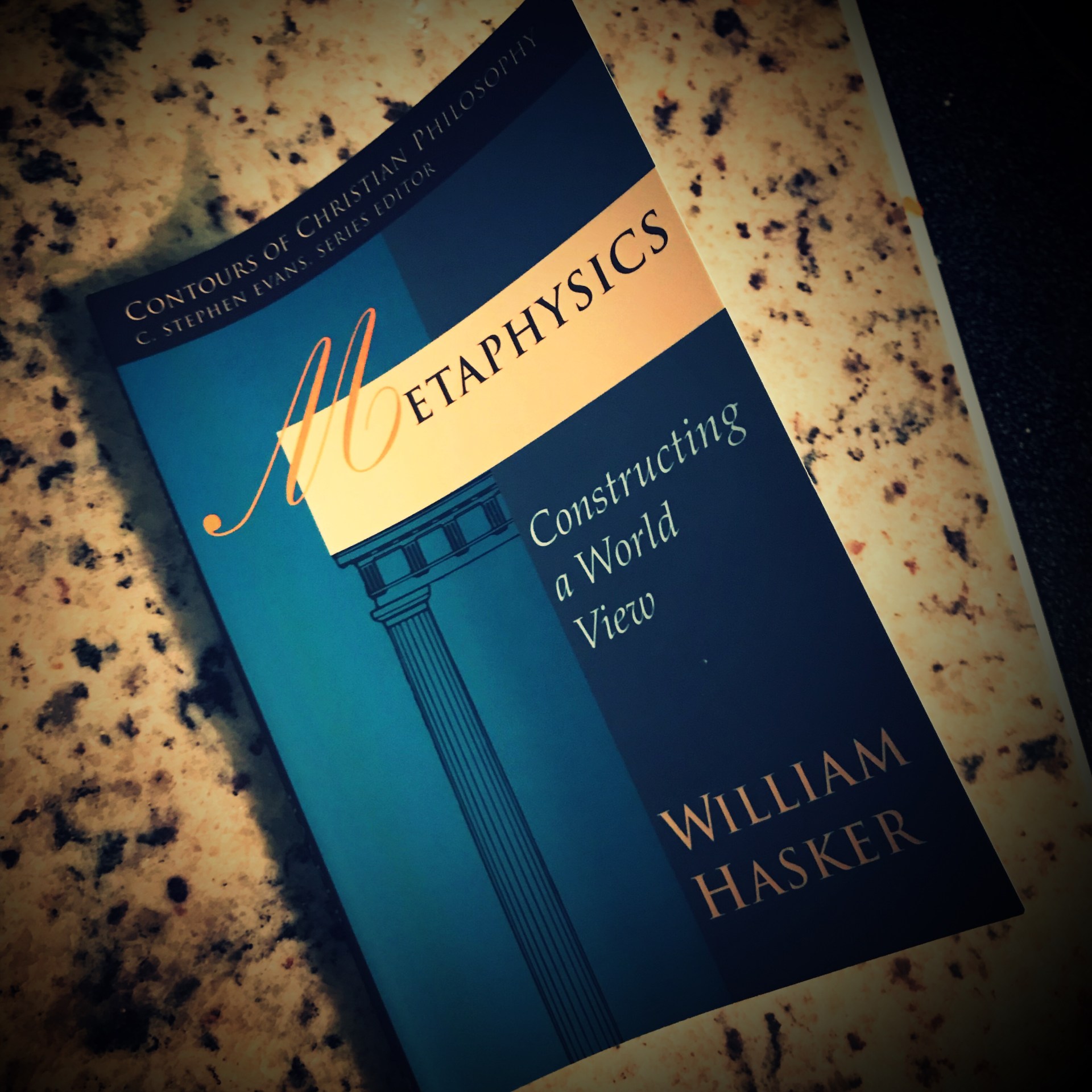 Most people hear ‘philosophy’ or ‘Christian metaphysics’ and immediately think of ivory towers. You may think these topics have little practical application and are too obtuse to be of any real use.

And yet, they underlie everything we believe and do. Whether we realize it or not, we are philosophical beings.

The problem is that we seldom stop to reflect on what we really believe and why we.

Over the past few years I’ve given more thought to philosophy and its purpose. And as I’ve read and meditated, I’ve concluded that there is a great deal of value in thinking deeply about philosophical questions.

Last year I read ‘Philosophy of Religion’ from the Contours of Christian Philosophy series that’s put out by IVP Academic. Though basic, it served as a good introduction to the big questions about religion.

For example, are there good reasons to believe in God? Are miracles possible? What place does religion have the ‘modern’ world? These are questions that every Christian should consider, give deep thought to, and come to conclusions regarding.

Since I wanted to dive more deeply into philosophy, I decided to read another book from the Contours of Christian Philosophy series. This time I chose the book ‘Metaphysics’ by William Hasker.

I’ve been intrigued by the topic of metaphysics recently as I’ve contemplated the fact that much of the disagreement between atheists and Christians comes from a difference in their beliefs about reality itself. It’s not so much a question of having evidence for God and not having evidence for God. it’s more a question about how we understand what is real and what isn’t.

This question of the “real” is exactly what Hasker deals with in ‘Metaphysics.’

Hasker makes this clear upfront when he writes, “’What is there?’ According to an eminent philosopher these simple words suffice to formulate the central question of all metaphysics.”

And so, Hasker spends five chapters examining free will, the mind-body connection, the nature of the world, and the nature of God as well as his relation to creation.

In each chapter he examines the major schools of thought on each topic. He gives an evenhanded assessment of the various positions, including arguments for as well as objections against. And though it’s fairly obvious where he falls at the end of each chapter, he’s never dogmatic or preachy.

Do Humans Have Free Will?

I think Hasker makes a good case for the existence of free will despite objections from some philosophers and scientists. Not only does he argue that determinism leads to a denial of all rationality, he also does a fantastic job of showing the incoherence of compatibilism (the idea that genuine free will can exist alongside determinism).

With all of that said, he doesn’t let Christian free will advocates off scott-free. He recognizes that a belief in free will alongside belief in an all-knowing God begs the question of how God can know what will happen in the future without causing it. He gives the classic, Christian answer: divine timelessness.

I’m sure that won’t satisfy everyone but it does satisfy me.

How Are Our Minds And Bodies Connected?

In the chapter on the mind or soul, Hasker first lays out the positions of dualism and materialism.

Here you will find a standard case for both positions – with both their difficulties and strength. But then he submits an alternative to these two positions: emergentism.

Whereas materialism says that human beings are made up solely of physical ‘stuff’ and dualism says that we are a spiritual being encased in a physical body, emergentism argues that our consciousness – our soul – emerges from our physical brain and nervous system. And though this might sound odd at first, Hasker relates the idea (convincingly in my opinion) to that of gravity.

Gravitational and magnetic fields emerge from physical objects. But once they exist they are no longer necessarily tied to those objects. Hasker puts forward the example of a black hole which begins as a physical object whose gravitational field “squeezes the generating object out of existence” (Hasker p.75).

Whether or not you find the comparison of the soul to gravity convincing I think it’s at least an interesting thought.

What Is Real In This World?

In the fourth chapter, Hasker examines the question of the ‘world’.

He looks at both realism as well as idealism including forms of each. I found this chapter to be the least helpful. This is probably because to me, idealism seems to be self-evidently false.

With that said it does include a few short words about the nature of the universe and whether it had a beginning or not. This is a question that’s important for metaphysics and for theology. After all, if the universe had a beginning then it seems to follow that there had to be a ‘beginner.’

Is There A God – And What Is He Like?

The final chapter of the book deals with the question of God.

As always he lays out a fair case for each position and naturally concludes that theism makes the most sense of the world that we live in. Though that is to be expected from a Christian philosopher.

In the epilogue, Hasker looks at metaphysics from a more Christian perspective and notes that there are no real ‘Christian metaphysics’, though there are metaphysical answers that mesh better with Christianity.

He concludes by arguing that Christian metaphysics must view God from a theistic perspective, must speak of creation as real and tangible, and must recognize the image of God in man.

Overall, Hasker’s book is a great first step in developing Christian metaphysics. Though I think it’s important to reiterate the fact that he is rarely if ever dogmatic.

This is not a book of Christian theology. It is a book that calls us to answer the big questions of life:

If you’ve never given these questions any thought, Hasker’s book will offer you an opportunity to do so.

Whether you read this book or not, reflecting on these questions is well worth your time. As Socrates once said, ‘The unexamined life is not worth living.”

Why you should listen to your uncle’s rambling family stories