A Review of ‘Portraits of a Pastor: The 9 Essential Roles of a Church Leader’ 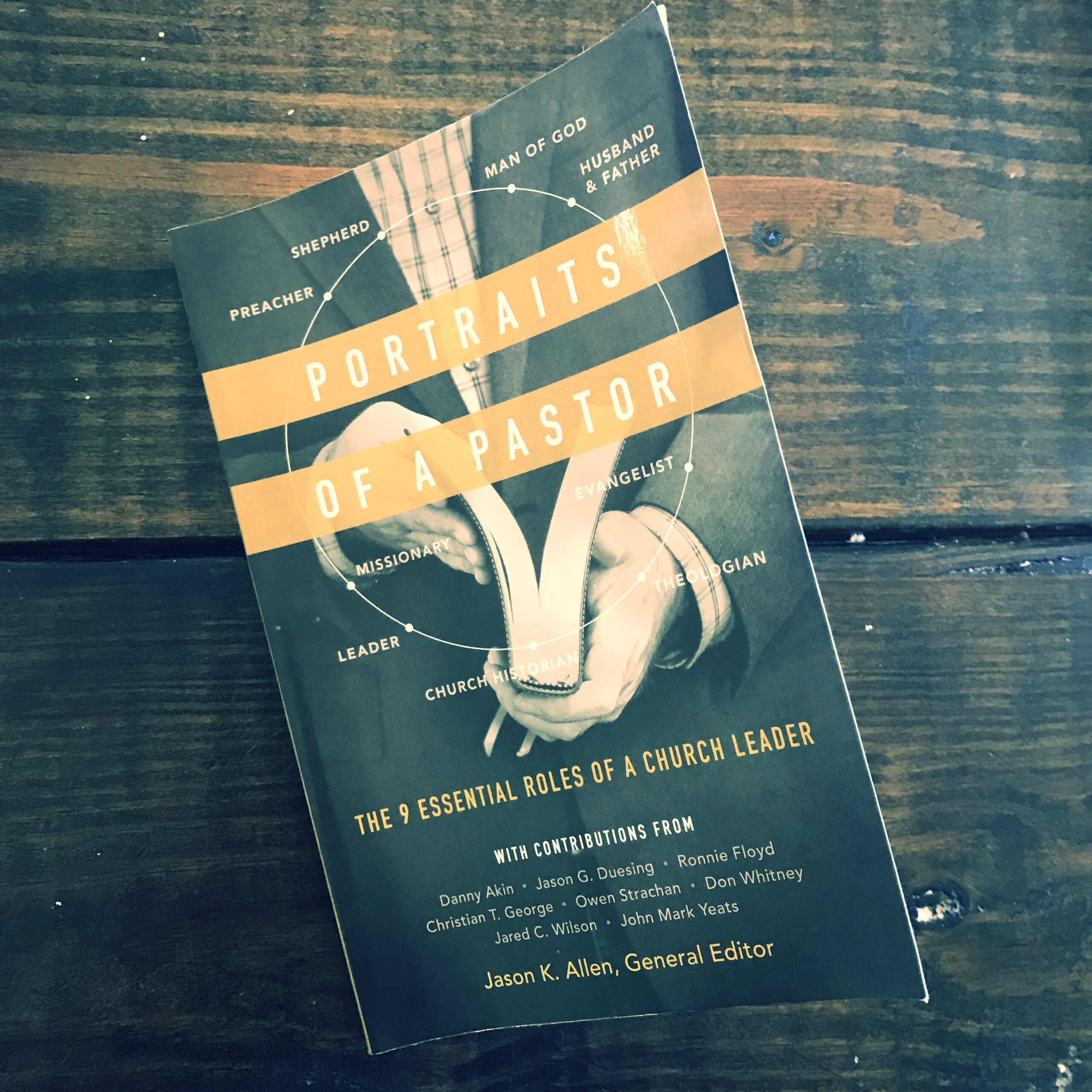 The word ‘pastor’ means many things to many people. For some, it’s the one who gets up on Sunday morning, opens the Bible, and proclaims the gospel. For others, it’s the one who quietly enters the hospital room and prays for healing. Still others think of a beloved mentor… or a faithful Bible teacher… or the church’s CEO.

But what does the Bible say about pastors? How does God’s word define the role?

But this doesn’t mean that the Bible is uninterested in congregational leadership or the pastoral role. It’s just that the New Testament authors used a range of words to describe it, including ‘elder’ (e.g. Acts 20:17), ‘overseer’ (e.g. Phil 1:1), etc.

This variety of words helped the early church understand that leadership within the local congregation is a multifaceted thing.

Praying. Teaching. Admonishing. Confronting. Preaching. Counseling. Acting as an example. All of these things were important tasks for the pastor. And they still are.

But pitfalls abound for the eager minister. On one hand, there’s the temptation to focus on one task exclusively. We see this in the pastor who holes himself up in his study for 40 hours a week, developing dynamic sermons that he preaches to a people he hardly knows. On the other hand, there’s the temptation to make ministry into something Paul would never have recognized. This happens when we think of the pastor as the CEO of a religious corporation.

Both temptations lead us down dangerous, unbiblical paths.

And that’s where a book like ‘Portraits of a Pastor: The 9 Essential Roles of a Church Leader’ can help.

Within this collection of essays edited by Jason K. Allen, we see pastoral ministry examined from nine different angles, each focusing on a particular task and goal. These roles include the pastor as…

One of the things I most appreciated about these chapters is that they include a near perfect mix of theology and praxis. I’ve read similar works before that seem to get so bogged down in the theoretical that, when you close them, you’re left wondering, “But what does it all mean for Monday morning?” Likewise, I’ve had other books that included all kinds of tips, tricks, and practices – none of which were grounded in the Bible or Christian tradition.

But this book doesn’t make either of these mistakes.

Most chapters begin by laying a biblically-informed theological framework. Then, they build the practical implications on top of that. For example, in Daniel Akin’s chapter on the ‘Pastor as Husband and Father’, he exegetes Ephesians 5:25-6:4, pointing out how these verses inform the pastor’s family relationships. But he doesn’t stop there. He goes on to offer practical ways to implement them, including things like ‘Seek to see life from their perspective’ and ‘Initiate intimate conversation.’

One of the other things I loved about this book was that less popular roles were included like the pastor as ‘theologian’ and ‘church historian.’ These are essential components of local church ministry that often get left behind for more “exciting” tasks like sermon prep, outreach, and leadership development.

Finally, I have to say that, unlike most essay collections I’ve read, the quality of the material here is consistently good and practical. You won’t want to skip any chapters. Every one is worthwhile and an encouragement to think, live, and minister more faithfully.

So, do I have any gripes? Only minor ones.

First, I think that the chapter entitled ‘The Pastor as Man of God’ should have gone first rather than last. If the pastor is not a man of God, then his ability to fulfill any of the other roles will be severely diminished – if not outright impossible. Spiritual maturity is the number one qualification for anyone hoping to enter pastoral ministry. The ordering of the chapters should have reflected that.

Second, it’s obvious by the chapter titles that this book has been produced by complementarians (see ‘Pastor as Husband and Father’ and ‘Pastor as Man of God’). As an egalitarian who’s part of a tradition that has been ordaining women since the late 1800s, I happen to disagree with them on this point.

So, why do I bring it up? Because I’d hate to see my fellow egalitarians miss out on the wisdom buried here because of this difference in practical theology. The happy reality is that, while complementarianism may be implicit here, it’s not belabored.

So, whether you’ve been a pastor for decades or are merely considering the possibility… do yourself a favor and check out this book. It will give you a bigger, more expansive vision of pastoral ministry. And it will provoke you to pursue the vocation more comprehensively and faithfully.