A Review of ‘Mind & Cosmos: Why the Materialist Neo-Darwinian Conception of Nature is Almost Certainly False’ 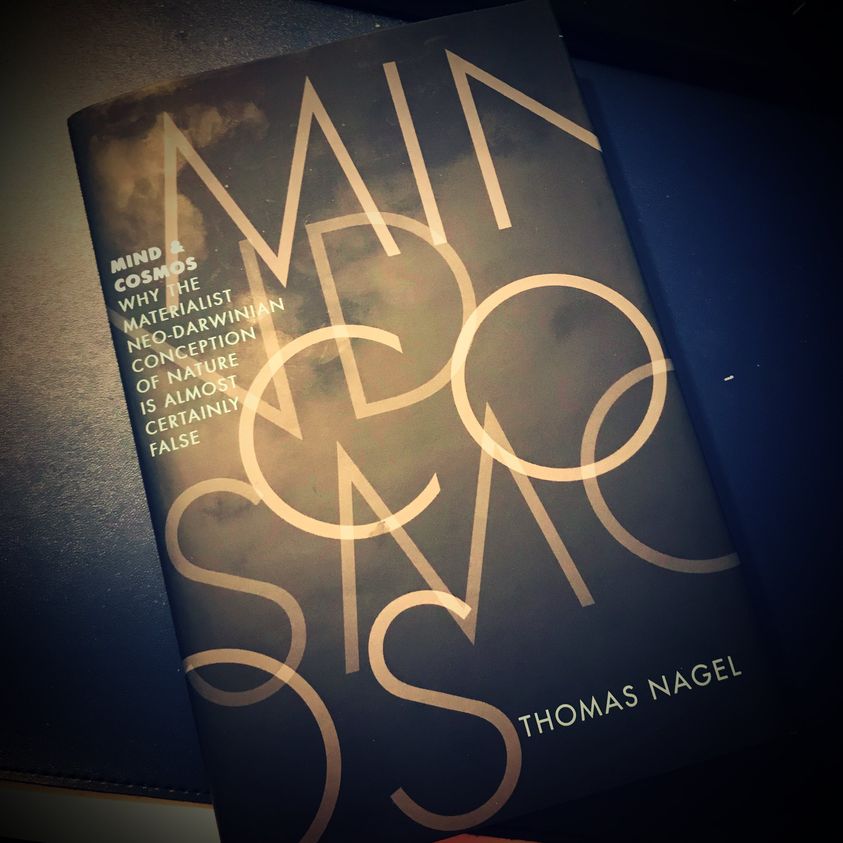 Thomas Nagel isn’t like most atheists. And it’s not just because he has serious doubts about Neo-Darwinism’s ability to explain the complexity of life on planet earth (though that certainly makes him something of an outlier). It’s his contention that materialism (the idea that matter is all there is) fails as an explanation for some of the most basic aspects of human existence, like consciousness, rationality, and value judgments.

In his little book, ‘Mind & Cosmos’, Nagel doesn’t really attempt to put forward an alternative to materialism. Instead, he simply calls a spade a spade by noting the problems with reducing everything in our world down to atoms and physical laws.

In the first chapter, ‘Antireductionism and the Natural Order’, Nagel points out the problems he sees with both theism (belief in God) and materialism (belief that matter is all there is). As he sees it, both of these views see matter and mind as fundamentally different and then attempt to explain one from the other (For theists, the mind of God creates matter. For materialists, matter somehow evolves minds). Nagel wants to find an explanation that includes matter and mind from the beginning. Unfortunately, as I mentioned earlier, he doesn’t really offer alternatives – just wishful hopes of what may possibly be an eventual stab in the dark.

As I read through this chapter, I was struck by this point since it’s at the root of the differences between atheism (especially atheistic materialism) and theism… the answer to the question, “What came first – mind or matter?” In fact, I think this is the reason why Nagel wrestles with this issue as he does. At one point, he writes, “My guiding conviction is that mind is not just an afterthought or an accident or an add-on, but a basic aspect of nature.” And yet, if materialism is true… then mind is an afterthought… even an illusion. And Nagel isn’t satisfied with theism because it “pushes the quest for intelligibility outside the world.” Instead, Nagel wants a fully ‘in-house’ explanation that can account for both mind and matter equally.

Unfortunately, there aren’t any.

In the following three chapters, Nagel explains why he thinks that materialism fails to offer a robust explanation for consciousness, cognition, and values.

Over all, I think he makes a lot of really good points. He analyzes the defenses of materialism put forward and shows where they fail to adequately account for these things. As I read through these chapters, I was reminded of similar arguments in David Bentley Hart’s ‘The Experience of God: Being, Consciousness, Bliss.’… though Hart doesn’t just critique materialism, he makes an active case for belief in God.

I think the big takeaway for me is how materialism fails to account for the things we know best. If we know anything, we know that we’re conscious and that we can reason about things. We know that some things are ‘good’ and some things are ‘bad.’ We don’t have to do experiments or empirically verify our consciousness, our rationality, or our values. In fact, without these things, we wouldn’t be able to empirically verify anything anyway!

It’s like using a ladder to climb up to the roof of a building, kicking the ladder away, and claiming there’s no such thing as ladders. But… the ladder is how you got where you are.

Nagel concludes by offering a potentially possible alternative to materialism and theism. He thinks that there could be some way that the universe has an innate teleology (purposiveness). Perhaps, the cosmos has laws that will lead inevitably toward conscious, rational beings in the same way that the law of gravity pulls a ball down toward earth.

Could be. Or it could be God. But, as a Christian, I would say that.

So, do I think this book will compel materialists to reject their presuppositions? No. I don’t. But, as Nagel notes, that’s probably because “almost everyone in our secular culture has been browbeaten into regarding the reductive research program as sacrosanct, on the ground that anything else would not be science.” And none of us want to be thought of as ‘unscientific.’

So, I applaud Nagel. He’s not afraid to swim against the current. He even quotes from and offers praise for Christian thinkers like Alvin Plantinga and Stephen Meyer. And I’ll respect anyone who’s willing to look intellectual foes in the face and recognize where they have something important and worthwhile to contribute.

Honestly, that’s the way I feel about Nagel himself. I certainly don’t share all of his presuppositions or assumptions. But I do think he offers a lot of important thoughts to chew on – and I think atheists and theists would both be better off if they’d take the time to do so.

A Review of ‘A Closer Look at God’s Church: A Biblical Evaluation of Key Beliefs of the Church of God’ by Mark Jackson