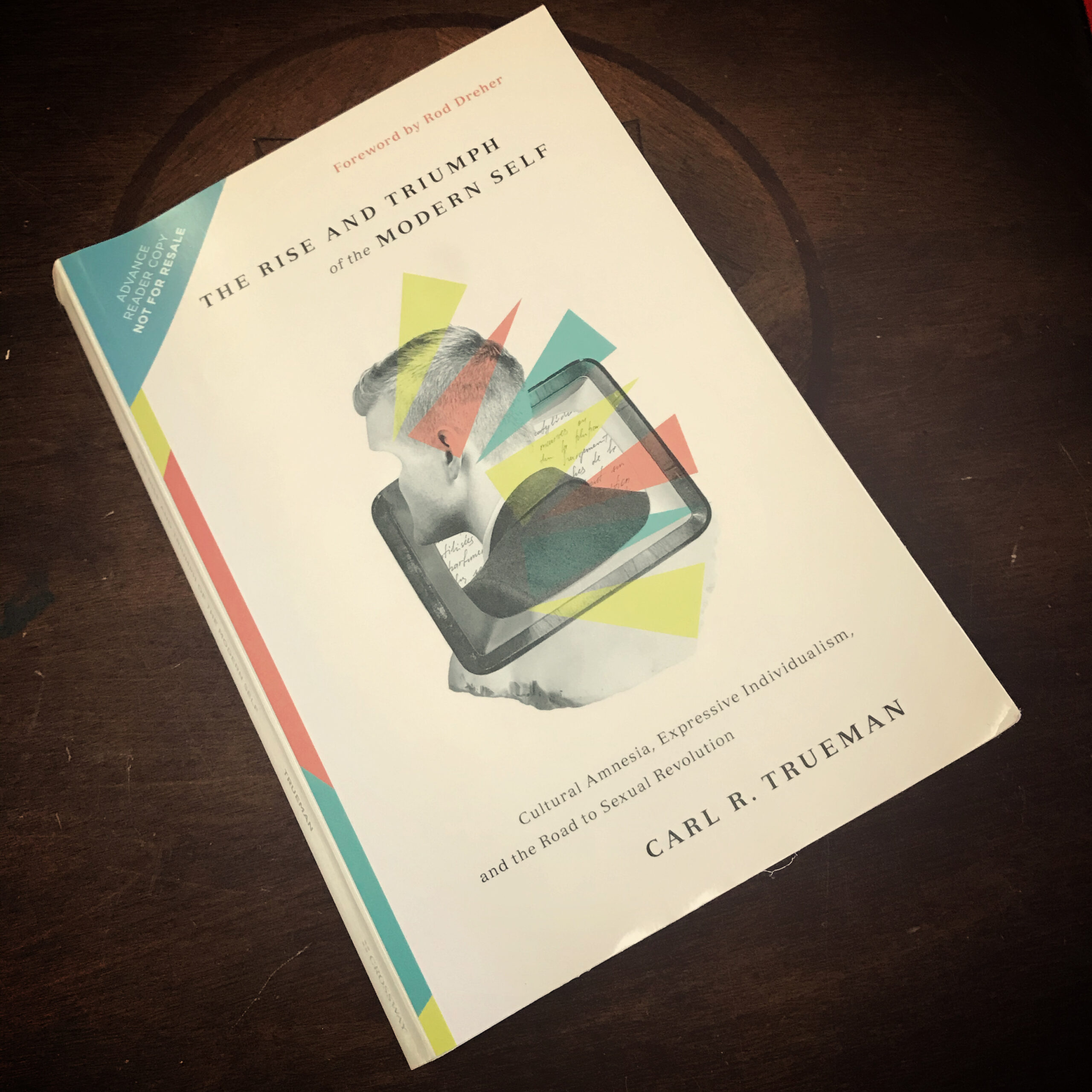 Western culture has gone through a cultural revolution seemingly overnight.

In the past thirty years, we’ve transitioned from a world where gay marriage and transgender surgeries were minority, if not fringe, ideas to one where they’re so mainstream that voicing any concern about either one paints the objector as an unmitigated bigot. Questions that would have been commonplace only a few years ago (such as “Should transgender people play on the sports team that corresponds to their psychological gender identity or their biological sex?”) are now verboten. Free speech, one of the bedrocks of Western civilization, is now viewed by many as inherently oppressive. And that only scratches the surface of the changes ushered in by our current cultural revolution.

But contrary to the way things may feel, these changes didn’t come out of nowhere. They were preceded by a long, slow shift in our society’s underlying philosophies. The roots of today’s cultural revolution run deep, hundreds of years into the past.

Carl Trueman lays those roots bare in his new book, ‘The Rise and Triumph of the Modern Self’, exposing how philosophers, psychologists, and artists have molded our world into their image. But Trueman doesn’t offer a disinterested history that merely traces the evolution of ideas. He pulls back the curtain on how those ideas are flowering today – and he hints at how they may bear fruit tomorrow.

He builds much of his analysis by drawing from the works of Charles Taylor, Philip Rieff, and Alasdair MacIntyre. As you read, you’ll see their names and ideas come up again and again. The average person likely isn’t overly familiar with these thinkers. Thankfully, Trueman offers two chapters at the beginning of his book that lay out some of the key concepts he’s pulled from Taylor, Rieff, and MacIntyre. It’s a quick introduction to important ideas like ‘anti-culture’, ‘social imaginary’, and ‘expressive individualism.’

In a sense, the first two chapters, Reimagining the Self and Reimagining Our Culture serve as a whirlwind summary of the book as a whole. In the first chapter, Trueman lays out the broad strokes of how our society has gone from one where we receive our identity from our environment (family, religion, nation, etc,) to one where we create our own identity and demand that our environment affirms it. In the second, he examines how our culture became an anti-culture. Rather than seeing our society’s past as a heritage to draw from and build on, we now look at it as utterly irredeemable. The only way forward is to burn the past down and create a brave new world shaped after our self-made image.

After offering a two-chapter-long 30,000 ft overview, Trueman spends five chapters tracing the evolution of ideas that have brought us to our current cultural moment. He looks at how Jean Jacques Rousseau established a new way to think of identity, one rooted in the psychology of the self rather than in relation to society. As Trueman writes, “For Rousseau, the individual is at his best – he is most truly himself as he should be – when he acts in accordance with his nature” (p 123). Authenticity to one’s inner sense of identity became king. And morality was unchained from any objective, logical standard and reestablished on a kind of relativized emotionalism. This shift set the stage for redefining the ‘good’ and the ‘right’ as ‘the thing I find attractive’ or ‘the thing that gives me pleasure.’

After leaving Rousseau, Trueman examines the wake he left by pointing to three poets: William Wordsworth, Percy Bysshe Shelley, and William Blake. All three of these men (and the Romantic Movement as a whole) helped popularize Rousseau’s ideas, bringing them down from the ivory tower and into the living rooms of everyday men and women. Through their poetry and art, the Romantics warred against organized religion and established social norms. They beautified the idea that humans are happiest when they are most true to their natural desires. And they convinced nearly all of Western civilization that the way to truth is through the heart. Trueman summarizes this chapter with one of the most important statements in this book: “Those who shape popular taste become those who exert the most moral power and set society’s moral standards” (p 161).

After looking at how Rousseau’s ideas were popularized by the Romantics, Trueman looks at three of the most influential men who have ever lived: Friedrich Nietzsche, Karl Marx, and Charles Darwin. These thinkers utterly changed the way that people think of themselves, history, the future, society, and more. They crushed any possibility for purpose or meaning in life other than that which we create. Trueman’s summary of their thought is good, albeit brief. Since they are so influential, I would have loved for him to have spent more time on each of these men. Though I understand why he didn’t. The book is already 400 pages long. It could have easily ballooned to 600+ if he would have done so.

In chapter six, Trueman sets his sights on the founder of psychoanalysis, Sigmund Freud. To sum it up, he argues that Freud convinced our society that “the purpose of life, and the content of the good life, is personal sexual fulfillment” (p 205). While sex has always been a powerful motivating force, Freud went a step farther, centering all of human existence on it, from childhood to the grave. The void of purpose left by Nietzsche, Marx, and Darwin was filled by Freud with sexuality.

But that’s not the end of the story. Over the past one hundred years, thinkers on the Left have fused Marx’s thought with Freud’s, creating a cornucopia of disciplines and ideologies. While there is a great deal of variety among them, most share a common modus operandi of leveraging sexuality to achieve political ends. Trueman takes the reader on a quick tour of the various thinkers who have developed these ideas, from Wilhelm Reich and Herbert Marcuse to Simone de Beauvoir. He points out how many of their ideas, radical at the time they were written, have become mainstream today. As you read through Trueman’s chapter on The New Left and the Politicization of Sex, you’ll realize that many of the cultural shifts we’re seeing now were foretold 50 to 100 years ago.

In the book’s final section, Trueman examines the implications of these things for today. In particular, he looks at how our culture’s embrace of all these ideas has made us obsessed with self-expression, psychological identity, sexuality, and politics. While we may be more technologically advanced than our forebears, we’re not as far ahead of them by other measures as we might like to think. We’re drowning in purposelessness, depression, anxiety disorders, and other mental health problems. We’re more polarized and tribal than we’ve been in decades. We’ve exchanged love for sex; beauty for vulgarity; and truth for taste.

Contrary to its subtitle, this book isn’t just about the sexual revolution. It’s about a revolution in self-understanding and identity. And we’re only seeing the first wave of its effects right now. More are coming. And they will continue to hit us, year after year, until we rediscover what Rousseau, Nietzsche, Marx, and the rest lost: a transcendence that looks heavenward.

For too long, Christians have seen the seismic cultural shifts breaking out around us and either despaired or lashed out. But, as Trueman writes, “The task of the Christian is not to whine about the moment in which he or she lives but to understand its problems and respond appropriately to them” (p 30). This book doesn’t offer solutions to our culture’s malaise, but it does give us a pretty good diagnosis of the root problems. And it gives us a handful of important warnings concerning potential potholes ahead. After reading it, you’ll be far better equipped to respond to a world that’s rapidly changing and evolving. You’ll better understand the underlying philosophies of the people you encounter on the street (whether they’ve ever thought through those philosophies or not). And you’ll have a better grasp on where things may be headed in the future, so you can pray accordingly.

May this book be a call for Christians not just to complain, but to lovingly and wisely carry the truth to a lost and dying world.