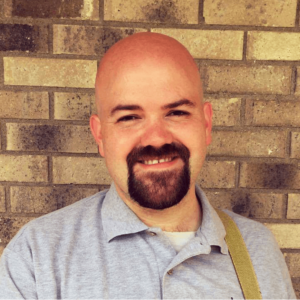 What if the solution to our problems was as simple as telling better stories?

You might think such a suggestion to be absurd. After all, how could we expect fiction to fix the very real problems we’re facing today…?

But… if we read the Gospels – those stories about the life of Jesus – we quickly realize that Jesus believed in the power of story to change things. Otherwise, why would he have spent so much time telling them? When people think about Jesus’s teachings, what generally comes to mind?

‘The Prodigal Son’, ‘The Good Samaritan’, ‘The Wheat and the Tares’, ‘The Pearl of Great Price’, and ‘The Story of the Lost Sheep.’

We remember his stories.

And for good reason! Those stories have fundamentally shaped us… as Christians and as people living in the West. And since then, Christians (and others) throughout the millennia have recognized the power of story to change us – for better or worse.

In fact, I remember reading (I can’t remember who said it, so if anyone knows, please message me and tell me) that every culture has a ‘national book.’ It’s a story that is such a deep part of that nation or culture that it governs the way its people sees and understands itself. For the Greeks, it was The Odyssey. For the Romans, The Aeneid. For the Italians, it was Dante’s Divine Comedy. And for the British, it was the works of Shakespeare and the King James Bible.

These were the stories that communicated each culture’s values, virtues, and ideals. And they offered a sense of connectedness and purpose.

Stories still do that. We just go through a lot more of them today.

I’m C. C. I. Fenn, a pastor and writer who lives in the foothills of western North Carolina with my wife and three (soon to be four) children. And I believe in the power of story to transform us – our actions, our words, and our affections.

I’ve spent a lot of time listening to stories and learning about how they work. I’ve written a number of short stories and have attempted several novels – though I’ve never been able to bring one through to completion.

What Should You Expect From This Blog?

This blog is all about the intersection of faith and story.

Though I don’t have a rock-solid schedule, I do my best to write a couple of posts per week (Wednesdays and Fridays are my goal; with an occasional short story on Monday).

And if you’d like to stay up-to-date with everything that’s going on, then subscribe to my newsletter. I won’t spam you.

So, that’s about it for me. Though if you have any questions or comments, don’t be afraid to send me an e-mail or leave a blog comment.

I look forward to getting to know you and to growing with you in grace and knowledge.