Searching for the Heart of Christianity: A Review of ‘A Change of Heart’ by Thomas Oden 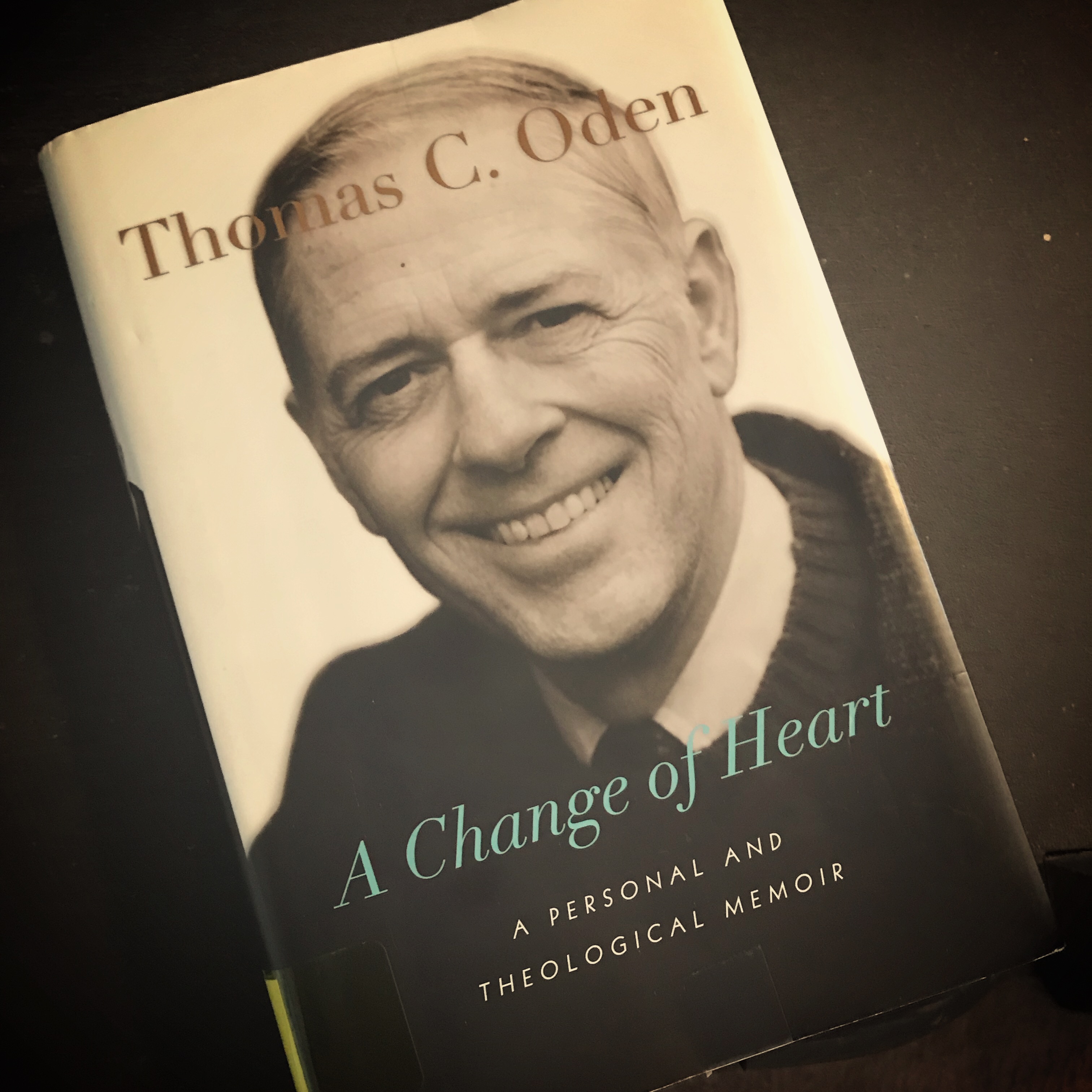 “No matter what my story has been for others, for me it has been a story of providential leading along a long road. By discovering the joy and meaning of consensual Christianity, my life has been enriched over two decades. It was by the grace of God that I had a change of heart and found what I had always been seeking” (Oden, A Change of Heart, 334).

My Encounters with Thomas Oden

I first encountered Thomas Oden through the Ancient Christian Commentary on Scripture series that he edited. While I was in college, our congregation’s youth pastor had several volumes and I remember leafing through them, in awe of the many ancient authors quoted, and totally unaware of the story that lay behind the series’ creation.

Several years later, I came across Oden’s name again when I picked up a copy of his Ancient Christian Devotional. By this time, I realized that Oden and I had something in common – we both believed strongly in the unity of God’s church and wanted to see that unity lived out. And so, every time I saw a book with ‘Oden’ on the spine, I bought it.

That book-buying finally came in handy a few years ago, in my seminary doctrine class. We used his systematic theology, Classic Christianity, (a book I already had bought, as it turned out) where he wrote, “The only promise I intend to make, however inadequately carried out, is that of unoriginality” (Oden, Classic Christianity, xv). Oden’s goal was not, like so many of his academic peers, to come up with something new. Instead, he desired to recover something old – a classic, Christian consensus. He searched for that which St. Vincent of Lerins described as the faith “which has always, everywhere, and by all Christians been believed” (Oden, Classic Christianity, xv).

But that was not always Thomas Oden’s mission.

Oden began his life as the son of a lawyer in rural Oklahoma. World War II shaped his early years. And though he grew up in a religious home, while at university he became enamored by the political and religious Left. He consumed the teachings of Saul Alinsky and began to identify with “the revolutionary struggle” (Oden, A Change of Heart, 54). Politically, he identified as a Marxist. Religiously, he still considered himself a Christian but had lost his love for Scripture, prayer, and the hymns of his childhood. Oden seemed to be heading in a distinctly leftward direction. But change was on the horizon.

During the mid-1960s, Oden spent a sabbatical year in Europe. While there, he got the opportunity to talk to Bultmann about a book he’d written on Bultmann’s ethics. He stopped by Barth’s home and discussed his understanding of ethics, among other things. And he got into a conversation with Pannenberg about feminism. As he met and conversed with some of the leading Protestant theologians of the twentieth-century, something started to happen. Doubts about some of his beliefs began to emerge. And he wondered if, by running headlong into modern understandings of the Bible and Christianity, he had forfeited something far more valuable.

In the early 1970s, Oden encountered Will Herberg, a Russian Jew, who had had similar feelings to Oden as a young man. Herberg had been in the communist party while in Russia but had eventually rejected the Left and had become a major critic of communism in the United States. Herberg encouraged Oden to look back to the past, rather than only searching for answers in the ‘now.’ Oden followed his advice and was transformed.

Thomas Oden and the Pursuit of Orthodoxy

Oden would go on to become one of the foremost defenders of orthodox Christianity within the United Methodist Church. When many theologians were introducing novel concepts of God and Christianity based on feminist and other sociologically-grounded theologies, Oden was contending for the faith that was delivered once for all to the saints.

But Oden went beyond that. He was one of the foremost developers of (what has been called) paleo-orthodoxy. He looked intently at the writings of the early church and pointed toward that core of Christianity. In doing so, he hinted at a way through the myriad denominations and sects that have cropped up over the past two-thousand years and to a genuine Christian unity. This seems to have been his goal with nearly all of his final works – from the Ancient Christian Commentary on Scripture to Classic Christianity to many of the other projects that took up his latter years.

Looking for Unity in the Wrong Places

This is the thing that most interested me about Thomas Oden’s life and work. My tradition, the Church of God Reformation Movement, has always valued unity. Unfortunately, we’ve often sought that unity by drawing lines in the sand. Tragically, our pursuit of unity has often led to division because we’ve sought unity in the wrong things.

The Key to Christian Unity

You can’t build unity on differences. We can only build unity on what we hold in common. Thomas Oden understood this and sought to discover that which all true Christians have held in common. But, at the same time, he never succumbed to the temptation of watering down one’s particular tradition and its distinctives. Instead, he grounded Christian unity in the core of the faith while giving people the room to hold to different views on secondary and tertiary issues. This is the basis of his classic Christianity. And if we’re going to pursue genuine unity, it needs to be the basis of our pursuit.

This is why Oden is so inspiring to me. He has shown us a way forward. And it’s a path that winds from the present, through the past, and into the future. Until we recognize what we have in common, we will never be able to walk arm in arm what lies ahead.

Oden is an engaging writer whose life intersected with many of the major figures and events of twentieth-century Christianity. If you want to see what Christian unity can look like lived out, look no further than this book. Not only did Oden meet with Barth, Bultmann, and Pannenberg – he attended Vatican II, was friends with J.I. Packer, and developed a commentary series that is valued and used by every branch of Christianity – from Orthodoxy to Pentecostalism. Oden didn’t just preach unity. He lived it. And his life, as recorded in A Change of Heart calls us to do the same.