The Book: My Testimony 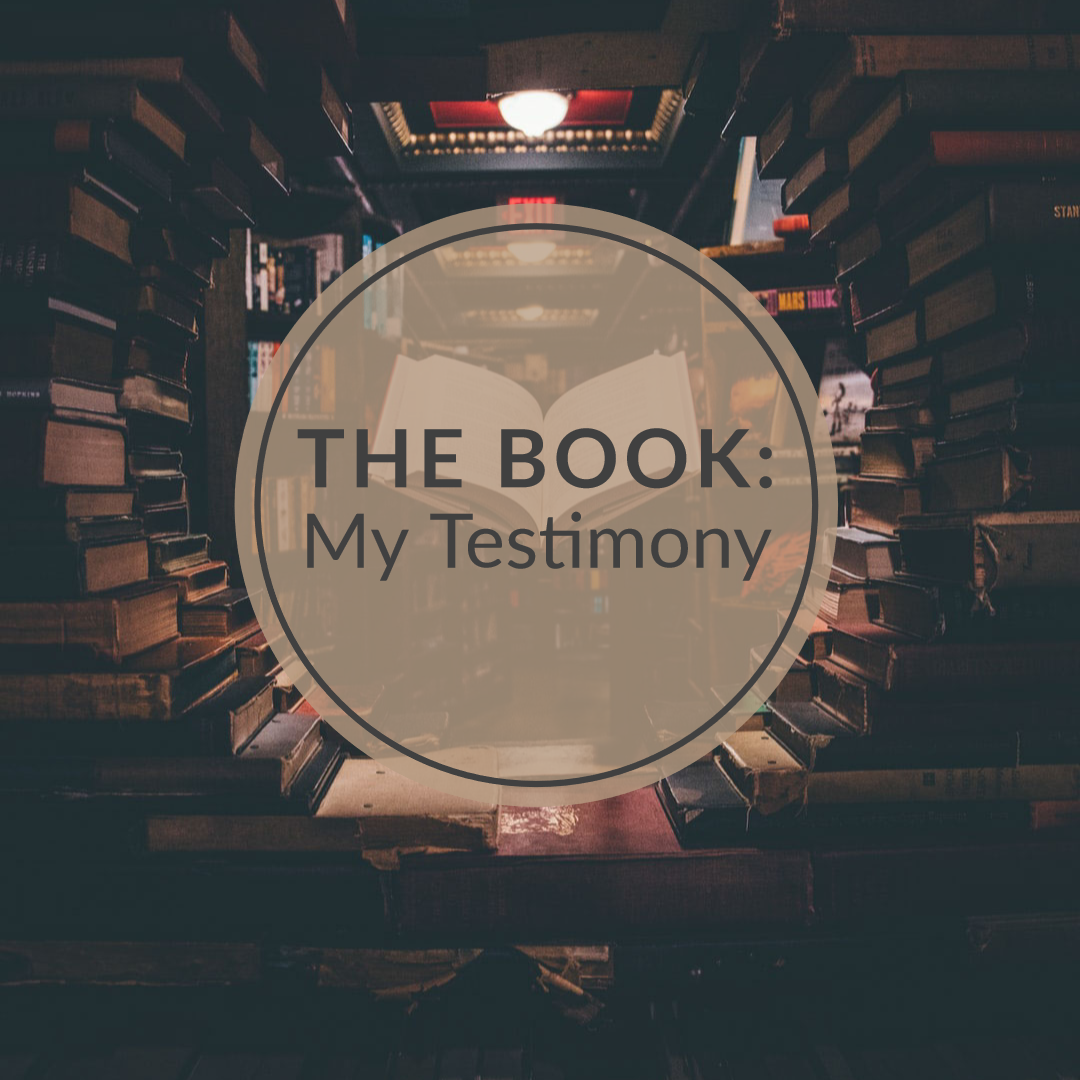 “Lord, if you’re there…show yourself to me.”

Another night. Another prayer. And nothing but silence.

I’d nearly given up on Him. The only thing keeping me going… the only thing compelling me to pray each night… was a thin hope, a slight chance that He might be there. Like blowing a few bucks on a lottery ticket when the jackpot trends north of a billion.

It likely won’t make a difference… but can you imagine if it did…?

So I prayed. The same prayer I’d prayed every night for months, maybe even years.

But this time, as I closed my eyes and laid my head on that downy pillow… something happened.

So I tossed. And turned. I squeezed my eyes shut and willed myself to sleep. But it didn’t come.

After several minutes I wandered into the bathroom…then into the den… then back to my bedroom. I stood there. Sat down. Laid down.

But sleep was nowhere to be found.

So I tried something different. I closed my eyes and let myself be in the silence. And as the darkness and the quiet flooded my mind, I heard something. A whisper. A picture.

It was the image of our family’s kitchen counter. And sitting there, practically with a halo around it, was a book. But I couldn’t make out what it was.

The image had intruded into my mind like an unwelcome guest. It was the middle of the night. I wasn’t interested in reading or books. I wanted to sleep.

So I shoved the picture from my mind.

I’ll check it out in the morning… I said to myself. If there’s even anything to check out.

And I tried to sleep. But failed.

Just go look at it. I heard a still, small voice say.

Tomorrow, I responded without hesitation. Tomorrow.

But the longer I fought the voice, the less able I was to sleep – or think of anything else but the book.

So I did another set of sleep aerobics: stop at the bathroom, wandering around the bed, laying, sitting, standing. But my body refused to cooperate.

I finally gave in to the voice and marched upstairs to the kitchen.

And there, on the kitchen counter – just like in my mind’s eye – sat a book. A book I hadn’t ordered or bought or asked for or even realized was there before this moment.

A simple, white book with the words ‘The Case for Faith’ scrawled across the front. And, at the bottom, the name of the author: Lee Strobel.

It wasn’t a name I recognized.

The voice nudged me, Pick it up.

What are you doing, Casey? Are you losing your mind? I asked myself as I grabbed it and walked over to our dining room table. I tossed it down, pulled out a chair, and stared its cover down.

Well, I asked the voice, What now?

The table of contents.

You really are losing your mind… I thought to myself. But, I figured if that was the case, I might as well go out in a blaze of psychotic glory! After all, isn’t every genius a little crazy?

I thumbed through the book until I got to the table of contents, looked toward heaven, and shrugged. Now what?

Read! was the laconic reply.

“Objection #1: Since Evil and Suffering Exist, a Loving God Cannot.”

Though I could understand why some might have this objection, it didn’t haunt me. It wasn’t what kept me up at night or made me feel like faith in God was an impossibility. So onward I went.

“Objection #2: Since Miracles Contradict Science, They Cannot Be True.”

Honestly, I never even understood why someone would have this objection. If there was a God and he created the world from nothing, it seemed to me like a miracle would be child’s play. Next, please.

Now, we were getting somewhere. Evolutionary science had sown the first seeds of doubt about God in my mind. But… evolution couldn’t explain everything. I mean, there was the whole question of where all this stuff came from to begin with… So, I pressed on…

I read the rest of the chapter titles and – one after another – ticked them off in my mind as ‘not-really-addressing-my-problem.’

Until I hit that last chapter…

BAM! Right between the eyes.

That was my problem. There was the struggle. It wasn’t any one question or doubt or uncertainty. It was this belief I held that any doubts or uncertainty automatically invalidated my faith – no matter how large or small.

I’d believed that the only way to believe was absolute certainty.

But I hadn’t banished every question.

My hands trembled as I held the book. Now, that still, small voice was seeming less like the work of a crazed mind and more like something… providential.

And as I read, I saw myself in a mirror.

But somewhere along the way, doubts began to creep in.

He wrestled with those doubts until he came to this revelation: our doubts do not invalidate our faith.

In fact, our doubts can become catalysts for deeper faith. They can cause us to dig into things we otherwise wouldn’t have.

But the only way this will happen is if we realize that faith is not dependent on how many apologetic methods we know or how many facts we can spout off or the amount of scripture we have memorized.

And every relationship involves risk and doubt and uncertainty.

I don’t know what my friend will do to me tomorrow. He may betray me. But I can choose to have faith in him today without respect to my uncertainties. Why? Because I love him and he has loved me.

And it’s the same way with God.

I may not have every question answered. Every ‘t’ isn’t crossed. Every ‘i’ isn’t dotted. But I’ve seen him work. He’s answered prayers. He’s spoken to me. He led me to this book.

And maybe… just maybe… if he led me to this book and gave me the answer I needed in this moment… he will continue to do the same in the future.

But I will trust.

And as the words and the thoughts and God’s presence flooded my soul, I wept. Tears poured down my cheeks and watered the pages that had seeded faith in my soul.

For God had answered my prayer. He was there. He’d shown himself to me.

He hadn’t removed my doubts.

Instead, he’d given me a far greater gift. He’d revealed that I could trust him despite those doubts.

And that was enough.

Why you should listen to your uncle’s rambling family stories

Reading for Writing: 3 Ways to Improve Your Writing by Reading