Copyright 2021 - All Right Reserved
On Story 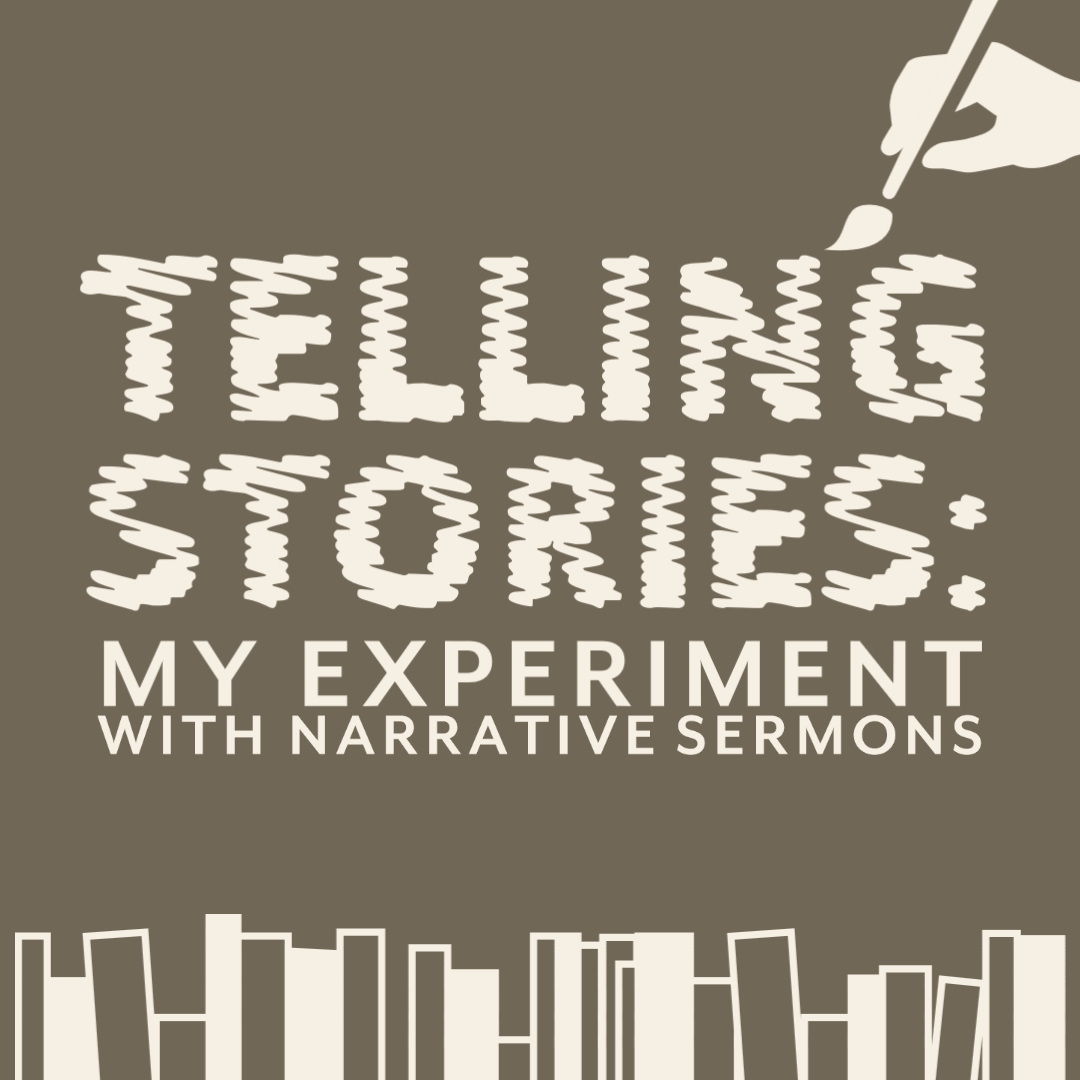 The First Narrative Sermon I Ever Heard

The preacher got up and warned everyone it was going to be… different. And it was.

He preached the whole thing as if he was Zaccheus (You know, the wee little man who climbed up in a sycamore tree, for the Lord he wanted to see?).

He told Zaccheus’s story in a way that engaged every sense. You could smell the bread baking just down the street. You could feel the dust and dirt between your toes. And as he described Jesus putting his arm around him and telling him that he was going to join him for dinner… well, it felt like you were there.

It was one of a handful of sermons that I can still vividly recall.

And it was the only narrative sermon I’d ever heard.

Last spring, as I listened to my preaching professor talk about giving third-person and first-person narrative sermons, I was intrigued. And after doing a little more research on the topic, I tucked the thought away in the back of my mind.

“When the right sermon series comes up,” I told myself, “I’m going to give it a try…”

And this January, the right sermon series came along.

After Christmas, I felt pretty strongly that I needed to preach on the fruit of the Spirit (see Galatians 5:22). But I wasn’t sure exactly how to approach it.

I mean, I could preach topical sermons on love, joy, peace, and the rest. But the thought of giving an exposition on ‘what love is’ and ‘how we experience God’s joy’ and ‘how God’s peace comforts us’ seemed… boring, if I’m being totally honest.

And that’s when it hit me!

Love, joy, peace, patience, kindness, goodness, faithfulness, gentleness, and self-control are visceral. They run down deep to the core of our being. And many of them are things we feel… things we experience.

As Thomas a Kempis said in his classic devotional work, The Imitation of Christ, “I would rather feel contrition than know how to define it.”

So, I thought to myself… “What better way to communicate the fruit of God’s Spirit than by simply putting each trait on display through a narrative sermon?”

So, the first week was on ‘love.’ And immediately I was faced with a whole slew of options. I could tell about the crucifixion. Or Jesus’s birth. I could retell the story of the prodigal son… or the shepherd who left the 99 safe sheep to find the 1 lost lamb.

A Narrative Sermon on Love

I eventually settled on the story of Jesus washing the disciples’ feet. Check out John 13 if you haven’t read it in a while. It’s worth savoring.

The week before I preached, I immersed myself in that chapter. I read it and reread it. I noticed everything that took place before and after. And I asked myself a lot of questions about it, considering every aspect I could – from what food was on the table to what they would’ve been wearing, and everything in-between.

Then, I started to think about who these people were. Jesus wasn’t just washing feet.

He was washing the feet of Thomas, the one who’d been so bold in his faith before the crucifixion (John 11:16) but whose faith had shriveled to nothing afterward (John 20:25). And Jesus understood what was in Thomas’s heart. He likely knew Thomas would doubt him. But he washed his feet anyway.

And then there was Peter, one of Jesus’s most intimate friends. He was someone who claimed that he’d go to prison or even death for Jesus (Luke 22:33). But within just a few short hours, he wouldn’t even be able to stand up under the questioning of a servant girl (Luke 22:56-57). And Jesus knew he would deny him. But he washed his feet anyway.

And Judas! Yes, Jesus washed Judas’s feet! Knowing that he would betray him, selling him out for thirty pieces of silver (Luke 22:4-6). But even though Jesus knew what Judas would do, he washed his feet anyway.

And as I thought about all of that, I realized that I didn’t need to explain love. What could be grasped about love with a definition that couldn’t be understood by simply watching Jesus wash the feet of those who would doubt him, deny him, and betray him?

As I finished studying this passage and began writing my sermon, I realized that all of my normal illustrations and references to historical context could just as easily be embedded within the story.

And by approaching it this way, it could be felt rather than just understood.

Jesus Understood the Power of Stories

But even if understanding were the primary goal, don’t most of us understand what we experience and see and feel better than what we’ve merely heard explained or read?

Didn’t Jesus himself understand this?

Remember that time someone asked him, “Who is my neighbor?” (see Luke 10:25-37). Jesus didn’t respond with a dictionary definition. He didn’t pull out his Hebrew lexicon. And he didn’t even quote from the scriptures.

He preached a narrative sermon. He told a story about a man who was beaten and left for dead. And a priest walked by. And a scribe walked by. But a Samaritan stopped and cared for him.

And after Jesus’s narrative sermon was over, he asked a simple question: “Which of these three do you think proved to be a neighbor to the man who fell into the robbers’ hands?”

The answer was obvious to anyone who had been listening (even to the man who asked the question to begin with… see Luke 10:37).

And you can bet that everyone who was there for that story remembered it far better (and felt it far more deeply) than if Jesus would have said, “Well, according to Webster’s, a neighbor is…”

Why’d I write this anyway?

I believe narrative sermons have the power to shape and form us in deep ways. And I hope that more preachers will consider giving it a shot. It’s different… maybe even a little uncomfortable. But I think it has the potential to pay major spiritual dividends (and if you’d like to learn more about preaching narrative sermons, check out Preaching the Story by Jeffrey Frymire).

Because stories make us think about things we otherwise wouldn’t. They make us ask uncomfortable questions. And they help us see things from perspectives we’ve never considered before.

Simply put, stories help us to feel as well as understand.

What Do You Think?

Have you ever heard a narrative sermon before? What was it like? What impact did it leave you with?

Reading for Writing: 3 Ways to Improve Your Writing by Reading

The Power of Snowball Reading: An Effective Study Method

Why you should listen to your uncle’s rambling...