Copyright 2021 - All Right Reserved
In Memoriam 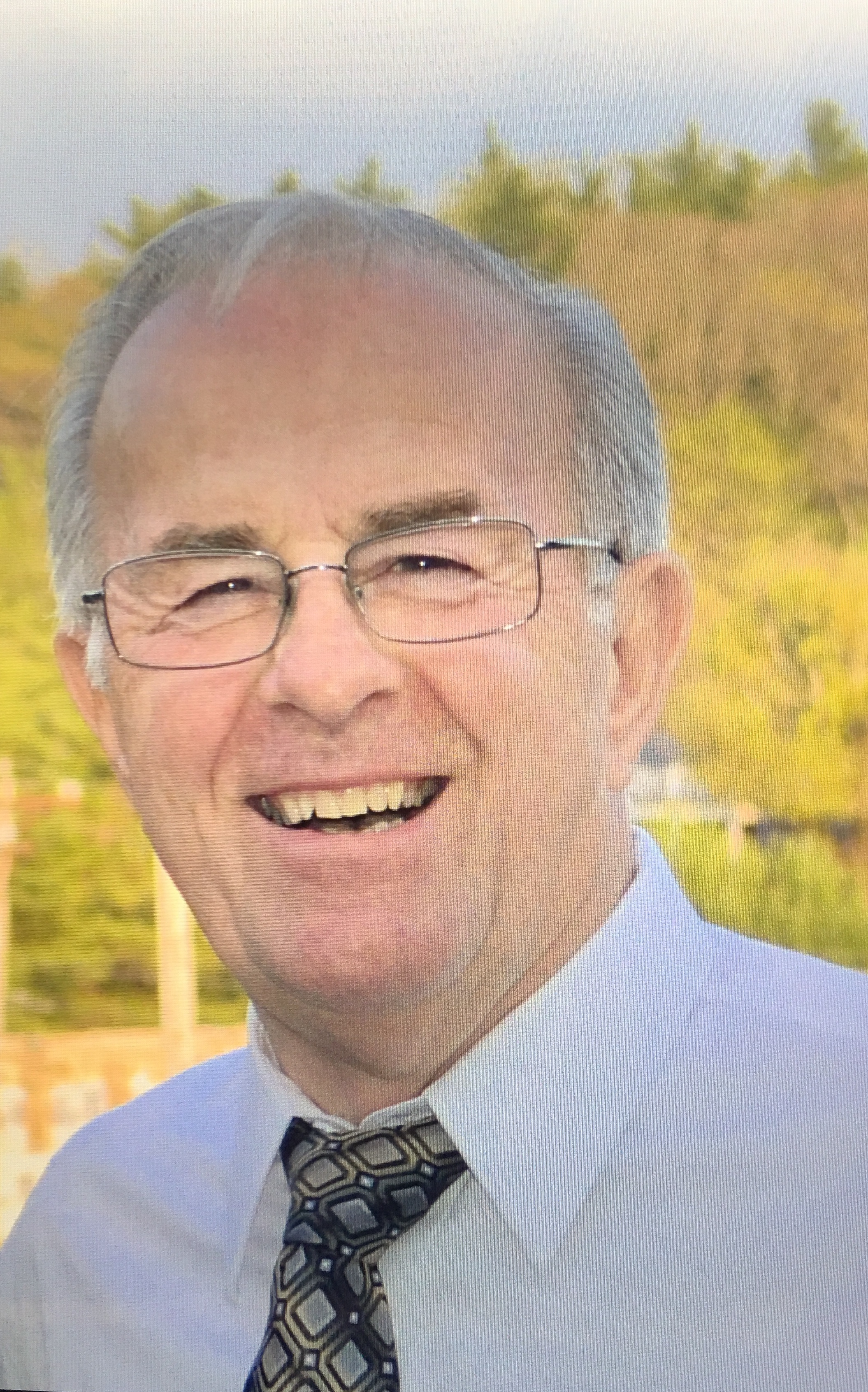 I don’t recall the first time I met Ron Leasure. It was likely in passing, like so many seemingly insignificant moments in our lives. A simple introduction by a fellow minister – “Casey, this is Brother Ron” – followed by a firm handshake, a smile, and little else. That’s likely how we met. Though it wasn’t the first time I’d heard his name.

As a young teenager, my mother and I attended a camp meeting in Newark, OH. It was a week of church services (every morning at 10 AM, every evening at 7PM) with meals and conversation and games and laughter abounding. And it was the highlight of my year. When I came to faith in Jesus, I hungered for more of God. I wanted to know the Bible, to experience God’s presence, to pray well and to live well and to follow wherever he led. And camp meeting fed me. The preaching and music and fellowship strengthened me. And though I didn’t receive my call to ministry there, the time I spent there impressed certain ideas about ministry and preaching onto my heart.

From my earliest visits to Newark, I remember hearing Bro. Ron’s name. He was often on the docket to preach in those years. And though I heard a lot of ministers (15 services every camp meeting) Bro. Ron’s messages stood out. I remember the simplicity and down-to-earth nature of those sermons. He wasn’t like some others who might use a sermon as an opportunity to boast about the way God had blessed him. Neither was he like those who treat the text of scripture like so much Play-Doh, molding it to their own purposes until it’s impossible to recognize its original form. He didn’t preach extravagant allegorical messages, trying to load words with the weight of ideas that they couldn’t bear.

Bro. Ron’s messages were practical and matter of fact—the kind of sermon you could act on the minute you were outside. Sermons with applications like, ‘Let your spouse know you love them with words and deeds,’ or ‘Make time to pray every morning,’ or ‘Go to church every Sunday, even if you don’t feel like it.’

One of my seminary professors once said, “Most preachers only have two or three sermons.” What he meant is that preachers often fall back to preaching about the two or three themes that they’ve experienced the most powerfully. So, if God used a sermon on hell to bring you to faith, you’ll be much more likely to think sermons about hell are the answer to all of our problems. And if it was a message about grace, then grace might become the overriding theme of your preaching.

The Value of Family

And we weren’t the only ones who noticed it. Nearly everyone I’ve spoken with about Bro. Ron’s preaching has said the same thing: he loved to preach about the family. He understood how important a healthy family is because he’d grown up without one. He knew, firsthand, how damaging a malfunctioning family could be to its members. But he also understood that God’s grace could bring healing and wholeness, not only to individuals but to families and communities.

I’d spent years hearing Bro. Ron preach about the family at camp meeting. But when I moved to Granite Falls and took the pastorate at Rock Chapel, where he and his son had pastored before me, I saw him live his sermons out. I can’t put into words the deep love between him and his wife, between him and his children, and between him and his grandchildren. They were everything to him.

The week after his cancer diagnosis, I visited him and we talked about all kinds of things—Rock Chapel, ministry, heaven. At one point, we stumbled onto the topic of ‘family.’ And in the course of our conversation, I realized he wasn’t so much afraid of death as concerned about leaving the loves of his life—the wife he doted on day-in-and-out, the children he had so much pride in, the grandchildren on whom he showered constant affection. Toward the end of our conversation, he looked at me and, with a twinkle in his eye, said, “Brother Casey, others may not think so, but I think they’re all perfect.” And he did. It was obvious in how he loved them.

Bro. Ron didn’t just preach about the family. He lived his preaching out by modeling what a husband, father, and grandfather should be. His example calls each of us to treasure our families more dearly, to love them with everything we have.

After I came to faith in Jesus, I knew he wanted me to become a minister. It wasn’t a vocation I looked for or wanted. But after some time I received it and began to act on it. I did so, however, with one caveat. If God wanted me to do this, he would have to open the doors and push me through. I made a silent pact with myself that I wouldn’t just scatter my resume to the four winds hoping to find ‘a church.’ If God wanted me somewhere, he would have to send me.

And that’s what he did. His direction was as clear as anything I’ve ever experienced. I spent eight years as an associate pastor and I loved every minute: the Sunday evening sermons, the mid-week Bible studies, the time spent in deep theological conversation. It was everything I could have wanted. And though I looked forward to the day when I could lead more actively, I had learned to be content right where I was.

But all of that changed in the spring of 2017. I was told that half the congregation where I was serving as an associate pastor would never accept me long-term. My world lost its balance. For the first time in my adult life, I questioned whether my calling was for someone else.

I struggled to figure out which way was up and which was down over the next few months. And when I listened to the people who I’d trusted the most in the past, my confusion only increased. I kept hearing that I would be happier as a writer or a teacher than as a pastor. And though I loved to write, and I enjoyed teaching, my heart had been with pastoring for nearly a decade.

I moved back in with my parents that fall feeling broken and confused. For the first time in my life, I didn’t know what God wanted from me. A month or two passed before I got a phone call from a number with a North Carolina area code. When I answered, it was a board member from Rock Chapel, the church where Bro. Ron was serving as interim.

Hesitating, I agreed to come and preach a service or two—but no more. Four months later I was loading a moving truck and headed to North Carolina.

I’m sure some people wonder how Bro. Ron could have had such an impact on me in such a short amount of time. After all, I’d only been at Rock Chapel for a year and a half when he received his diagnosis. But when God brings the right person into your life at just the right time, the length of your friendship doesn’t matter. Its impact can far outweigh its size.

Earlier, I said that I didn’t remember the first time I met Bro. Ron. That’s true. Though I do remember the first meaningful conversation we had. It was the summer of 2016, during the same camp meeting that I’d attended since I was a teenager. I sat across from him in the dining hall over dinner. His son, Nathan, had resigned from Rock Chapel the previous year and Bro. Ron was now acting as the interim pastor. He shared about the congregation and their search for a new pastor. And I can still hear him saying, “Brother Casey, we just need to find a good, young minister with a nice family—like yours.”

The question bubbled up in my mind, “Maybe you should think about going there…” But I popped the thought just as quickly as it arose. “I’m happy where I am,” I reassured myself, “I’m not going anywhere.” Little did I know.

Less than two years after that conversation, I was that ‘young minister with a nice family’ that Bro. Ron had been talking about. When I came to Rock Chapel, Bro. Ron and his wife welcomed me like I was part of their family. After nearly every sermon (whether I thought it was a complete success or total failure) Bro. Ron would smile and speak a word of encouragement, “Brother Casey, I appreciated the way you explained that,” or “Your sermons are so easy to understand. I don’t have to wonder what you’re getting at,” or “I’d never thought about it like that before.” Always humble, always kind, always encouraging. I doubt whether he knew just how much I needed to hear those words from an older minister.

As I’ve reflected on things, I’ve become convinced that this is the reason Bro. Ron made such an impact on me. His words and presence reaffirmed a calling that I felt drifting away from me. Every time he stopped to tell me how thankful he was that we were at Rock Chapel, I wanted to break down and say, “Bro. Ron, I needed you far more than you needed me.”

A month or two after I arrived in North Carolina, he took me to the homes and facilities where all of Rock Chapel’s shut-ins lived. As we drove from place to place, we talked about everything. He shared the mistakes he’d made early in his ministry, he talked about his childhood and how he’d gotten saved, and he gave me several pieces of priceless advice.

Before making our visits, Bro. Ron would tell me a little about the person we were visiting. Then, I’d watch as he conversed with each one like a close friend. He’d ask how they were doing, bring up old memories, and let them share their concerns. He’d listen, and when they were through, he’d pray or ask me to. I realized Bro. Ron wasn’t just visiting these people because he felt obligated to or because it was part of a job description. He genuinely loved them.

The Primacy of Love

I can’t tell you the number of times he told me, “Brother Casey, Rock Chapel’s a good congregation. They’re good people. They’re loving people.” And I’ve found his words to be true. Though I’m not sure that he realized why that was the case. Perhaps he was a little too humble to realize it. Rock Chapel is a loving congregation because it’s had a loving pastor for nearly twenty years—first, in Bro. Ron and then, in the son he’d trained, Nathan.

Rock Chapel, along with the other congregations where he served as pastor or interim, has had a wonderful example of love and service and hard work and humility and kindness and hope in Bro. Ron Leasure

He will be missed by his family, by his friends, by the congregations where he served, by his fellow pastors, and by me.

Thank you for your example and encouragement, Bro. Ron. It meant far more to me than you ever could have realized.