A Review of ‘Where the Conflict Really Lies’ by Alvin Plantinga

A Review of ‘The Rise and Triumph of the Modern Self’ by...

A Review of ‘Portraits of a Pastor: The 9 Essential Roles of... 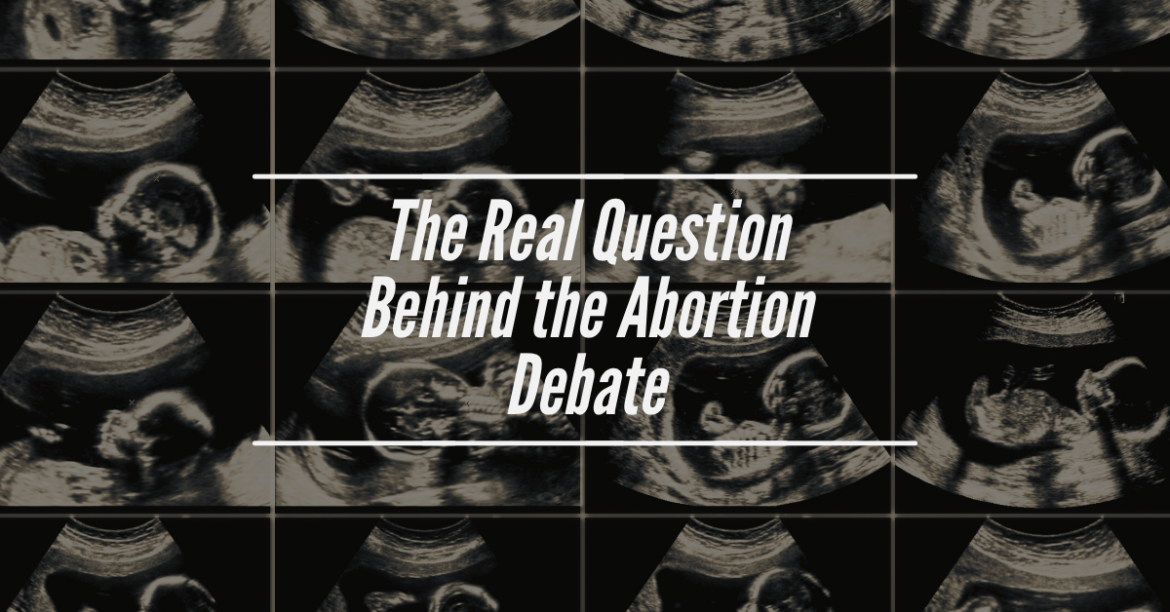 When The Supreme Court Did The Unthinkable

On June 24, 2022, the US Supreme Court did what many people thought was unthinkable.

They overturned Roe v. Wade, the landmark 1973 case that expanded US citizens’ ‘right to privacy’ and discovered a constitutional right to abortion. The case had nullified over a dozen state laws banning abortion, and pro-choice activists were set to celebrate its fiftieth anniversary in less than a year.

But the celebrations were cut short. And with the Supreme Court’s ruling, the issue of abortion returned to the states. Now, the US will feature a patchwork of abortion laws and regulations, with some states implementing outright bans and others working to become abortion-providing paradises.

Pro-life activists celebrated, thankful that decades of advocacy had finally paid off. Meanwhile, pro-choicers lashed out in anger and grief over what they saw as a stolen constitutional right. Talking heads on both sides opined over the potential cultural and political backlash.

The Good Abortion Does

Over the past two weeks, I’ve read a number of pro-choice articles that argue it’s better to have an abortion than to bring another child into the world who’s only going to suffer poverty and neglect. I’ve listened as abortion advocates have claimed that abortion helps mothers and their families by allowing women to better prepare before they have a child.

All the cited statistics, facts, and data should be enough to turn even the staunchest pro-lifer into an abortion advocate, right? After all, who wants to have more poor, neglected children in the world? Who wants women to languish and suffer in poverty? Who wants to arbitrarily limit their opportunities?

And yet, to pro-choicers, people who are pro-life seem to be pushing for just such a world.

Getting to the Heart of the Abortion Debate

As I’ve listened to people on both sides debate this issue, one thing has stood out to me: We’re largely bypassing the real question behind abortion. And until we get on the same page when it comes to this question, all the bloviating and lecturing in the world won’t make a bit of difference.

Instead, we’ll just keep talking past one another.

So, what is the real question behind the abortion debate? It can be summed up with a picture:

Taken during one of the recent pro-choice protests, this photo features a young, very pregnant woman with the words “NOT YET A HUMAN” scrawled across her belly.

The thing that makes it particularly striking is the fact that, based on the size of her stomach, she’s not carrying a mere embryo. There can be no doubt that she’s got a fully-formed, completely viable human child in her womb. She could probably feel it moving as she stood there staring into the camera lens.

And yet, she declares that it’s “NOT YET A HUMAN.”

That’s the question that has to be answered before we can get into any of the details on this issue. It’s the real question that separates the pro-life and pro-choice positions. And it’s the reason that pro-lifers can’t be convinced by statistics about poverty or neglect or anything else. It’s also the reason that those who take the pro-choice position don’t understand why so many Christians get bent out of shape over someone else’s personal healthcare decisions.

The reason there’s so much confusion over the issue is that we don’t agree on this most basic question, What is it? Let me explain what I mean.

Almost all of the pro-choice articles I’ve read on the subject share the above woman’s assumption. They take for granted that the growing life in a woman’s womb is “not yet a human.” Or at the very least, “not yet a person.”

The Difference An Assumption Makes

This is nowhere clearer than in Diana Greene Foster’s recent article ‘When women are denied an abortion, their children fare worse than peers.’ This article makes an interesting case study for thinking about how our answers to the question ‘What is it?’ shape how we approach the issue.

We can start by looking the title alone: “When women are denied an abortion, their children fare worse than peers.” To the pro-lifer, this statement is self-evident. Why? Because they assume that the ‘thing’ inside the womb of the mother is one of her children. And being dead would definitely mean that you’re faring worse than other people.

But most who take the pro-choice position are assuming that the thing in the woman’s womb is not human – or at least not human enough to have the value and rights of other humans. As a result, they can read a headline like this and say, “See! Abortion doesn’t just offer women opportunities and freedom. It helps children!” Though they can only say that with a straight face because they’re assuming the life growing in the womb is not one of her children, since it’s not yet human.

Our assumptions leave us with wildly different responses to the same headline. But we don’t just see this here.

Take a look at the second paragraph:

The discourse around abortion tends to focus on women and generally fails to consider how being denied an abortion affects the children a pregnant woman already has and those she may have in the future. The research is clear: Restricting access to abortion doesn’t just harm women — it harms their children as well.

When women are denied an abortion, their children fare worse than peers, Diana Greene Foster

This paragraph is particularly telling. Foster writes that “The discourse around abortion tends to focus on women and generally fails to consider how being denied an abortion affects the children a pregnant woman already has and those she may have in the future.”

First, it’s worth noting that she’s clearly speaking for pro-choicers. The vast majority of the “discourse around abortion” coming from those on the pro-life side tends to focus on children, albeit unborn ones.

Foster goes on to mention the impact abortion has on “the children a pregnant woman already has and those she may have in the future.” This phrase is something else. And depending on your assumptions, it’s either going to be completely intelligible or nothing more than gobbledygook.

For the pro-choicer, there’s no contradictions – or even questions – about this phrase. Why? Because they’re assuming that the “pregnant woman” is currently pregnant with something that can’t be called her “child” or even “human.” It’s not yet a human. As a result, it’s neither one of “the children… [she] already has” nor is it one she “may have in the future.” So, what is it? That question is left unanswered.

For the pro-lifer, this phrase is absolute nonsense. If a woman is pregnant, she already has a child – by definition! The only difference between the child in utero and the other children she “already has” is time.

All of this hinges on whether the child in the womb is actually a human being, deserving of rights, dignity, and value.

In other words, it all comes back to the question, What is it?

Is There A Way Forward?

If pro-choicers and pro-lifers are going to have meaningful conversations, this is where we must begin. We need a common understanding of what we’re talking about. Until we come to some agreement here, we will continue to talk past one another, making arguments that the other side is incapable of understanding because of their assumptions.

Before we can get wrapped up in debates over all the details, we’ve got to nail down the most fundamental question of all. What is it?

What would the woman pictured above say if we were to ask, “If your baby is not yet a human, what is it? And when does it become human?”

Those are two most important questions when it comes to the abortion debate. Unfortunately, they’re also the most neglected and ignored in today’s memeified discourse.

So, the next time the topic of abortion comes up, why not do something productive rather than mindlessly repeating the same talking points you’ve been using for years? Why not begin with these two questions:

And if it’s not human, when does it become human?