A Review of ‘The Bible Among the Myths’ by John N. Oswalt 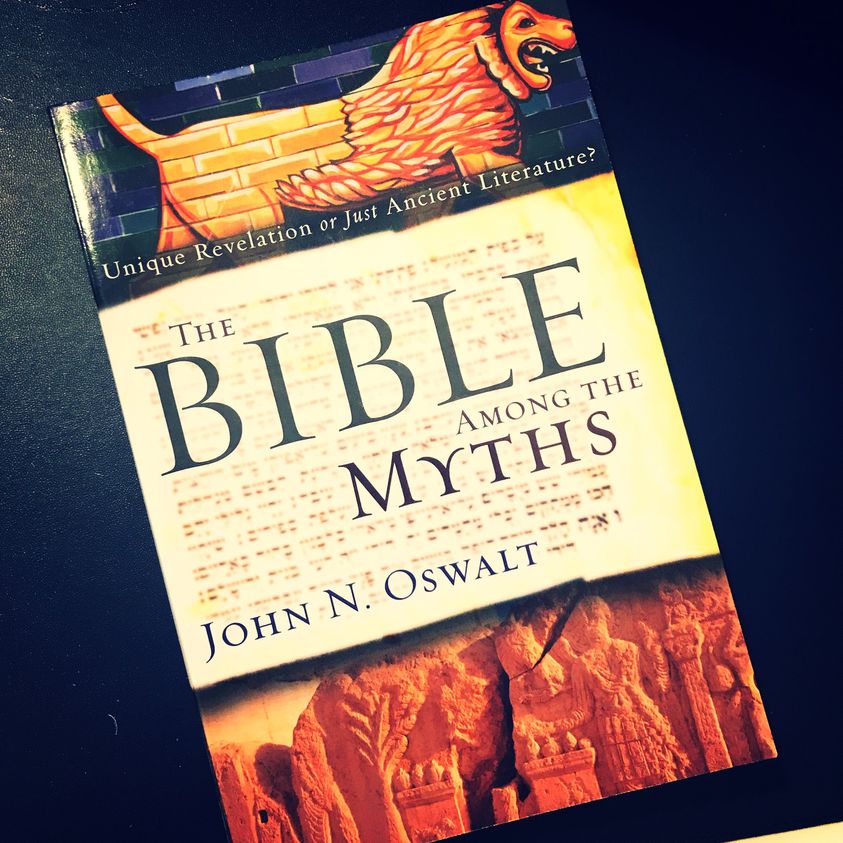 In recent years, it’s been popular to claim that the Bible is nothing more than another ancient myth like the stories of Gilgamesh, the Enuma Elish, or the Greek pantheon.

In ‘The Bible Among the Myths’, John Oswalt, research professor of Old Testament at Wesley Biblical Seminary, examines this claim by looking closely at the similarities – and differences – between the Judeo-Christian scriptures and other ancient, mythic literature.

While acknowledging that the Bible and many ancient Near-Eastern writings share a number of commonalities (some proverbs and laws are nearly identical, for example), Oswalt points out that there is a significant and meaningful difference as well – something he calls ‘continuity.’

Basically, all true myths are written from a perspective that claims “all things are continuous with each other. Thus I am one with the tree, not merely symbolically or spiritually, but actually.” This viewpoint sees the human, natural, and supernatural worlds as so interconnected that they’re essentially one and the same. This is the reason that the gods were equated with natural forces and also shared every human passion and weakness.

But this is not how the Bible views the world. From the very first verse, it sees God as transcendent – above and beyond creation. And while he’s portrayed as interested in the world, he is not the world – or any part of it.

While these differences might not seem like they’d matter all that much, they lead to wildly divergent ways of looking at everything else – from humanity and time to sex and ethics. The starting point seems to make all the difference.

Oswalt goes on to examine the ways that this different perspective on God’s transcendence helped Israel develop a unique concept of history and its movement. While other cultures viewed time and history as moving cyclically (what has happened will happen again), Israel saw time as moving forward in a more linear fashion, toward a goal. As I read through this part of the book, I was reminded of Thomas Cahill’s ‘The Gift of the Jews.’ He makes a similar point.

And while some of these ideas about time, humanity, etc. were adopted occasionally by other individuals in the ancient world, no culture before Israel believed all of them consistently.

I also appreciated the discussion Oswalt had about what it means to talk about the Bible as ‘history.’ The Biblical authors weren’t journalists or historians. As a result, we should recognize that they wrote with different goals in mind than what many modern readers have.

Oswalt concludes with a (too) brief examination of four scholars’ explanations for how Israel came to have the unique view they had. He offers a short critique to each one that could’ve benefited from greater length. But I think Oswalt intended this to be more geared toward laypeople so the thinness of the conversation is understandable (if a bit disappointing).

Over all, Oswalt does an admirable job of acknowledging the similarities between the Bible and other literature written at the time while pointing out that there are some major differences. If we focus on the superficial similarities, we may be tempted to write the Bible off as little more than a ‘myth’ like the Epic of Gilgamesh (and many, many modern people have walked down this road). But, if we’ll notice the deep philosophical differences, I believe we’ll be challenged to ask, “Why did Israel, of all people, end up thinking so differently about God, humanity, and the world?”

Perhaps it was nothing more than a stroke of luck.

Or maybe… it was because they, as a people, truly did have an encounter with the Almighty Creator of the world.

The Power of Snowball Reading: An Effective Study Method

A Review of ‘Knowing Christ Today’ by Dallas Willard