A Review of ‘Knowing Christ Today’ by Dallas Willard 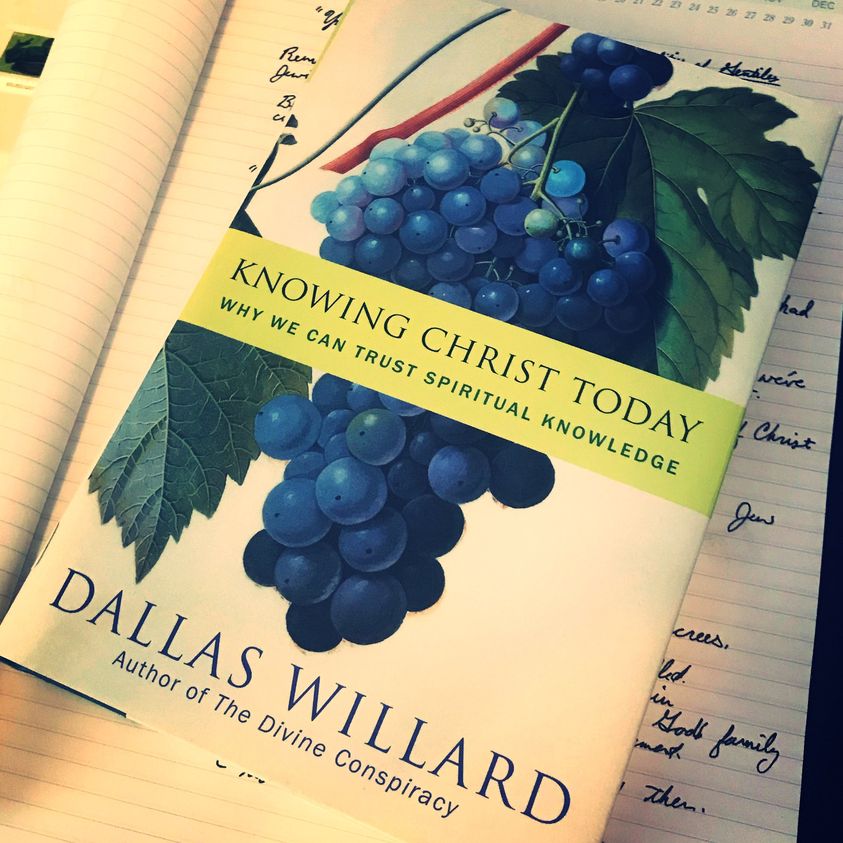 I read Dallas Willard’s biography two years ago and it left me astounded. His way of viewing God, the world, and how the two collide challenged me to think more deeply about my own spiritual life than I had in years. And I honestly couldn’t believe that I had never read any of his other major works (other than a brief foray into ‘The Spirit of the Disciplines’). After all, I’d heard of him as a young Christian – ‘The Divine Conspiracy’, ‘The Great Omission’, etc. – but I’d always assumed that he was just another ‘popular’ author who had little real depth.

Boy, was I wrong!

In ‘Knowing Christ Today’, Willard argues that our culture has moved into a way of viewing religion as standing “free of knowledge, that it requires only faith or commitment.” This is why, today, many people assume that religions cannot be ‘true’ or ‘false’ in the way that other, objective facts might be. Instead, religion lies wholly in the realm of “will and feelings.”

Willard pushes against the grain and argues that “a life of steadfast discipleship to Jesus Christ can be supported only upon assured knowledge of how things are, of the realities in terms of which that life is lived.” In other words, we can’t just ‘know’ that Christianity is true – we must.

“But,” someone may object, “religion is about faith! And faith is unconnected – even contrary – to knowledge.”

To that, Willard would say that “an act of faith in the biblical tradition is always undertaken in an environment of knowledge and is inseparable from it.” Think about it, before God called Israel to obedience and faith at Mt. Sinai, he delivered them from slavery. He met with them, began a relationship, and then asked for trust. The same could be said for the way Jesus conducted his ministry. He made himself known and then called people to faith.

In the first two chapters, Willard examines the historical understanding of ‘knowledge’ and ‘faith’ as well as how their definitions have changed. Toward the end, he digs into the idea of ‘worldview’ (the answers to the ‘big questions’ of life that we all offer with our lives, whether implicitly or explicitly) and how there are basically three options: theism (or belief in God), pantheism (think ‘New Age’ or Buddhism), and naturalism (or ‘nature is all there is’). I think there’s probably a case to be made for there being more than these three but this is a 200 page, lay-level book so I’m not going to find fault for somewhat simplifying the issue.

In chapter three, Willard discusses “how moral knowledge disappeared.” I think this is an incredibly important chapter for all people – Christian and otherwise – to wrestle through in today’s world. His basic premise is that Western society hasn’t just changed its understanding of WHAT is ‘right’ and ‘good.’ It’s changed its very understanding of what the ‘right’ and the ‘good’ even mean. In the past, the ‘good’ and the ‘right’ were understood to be things you could actually know and pursue. They were objective – outside of any one particular culture or person. Today, the ‘right’ and the ‘good’ are founded more on “feelings” and “cultural traditions” than on any unchanging footing. This is the reason that, in our country, we hear far more about what is “legal” rather than what is “virtuous” or “right.” Willard gives five reasons for this shift in understanding. He concludes this chapter with a discussion on Jesus’ ethic of love and how it differs from modern, secular conceptions of ethics.

One of my favorite lines in the whole book is “there is a distinctive emphasis by Jesus on loving your neighbor, your ‘near dweller,’ not upon loving ‘humanity’ or ‘everyone.’ What this means is that our duty and our virtue is to love those with whom we are in effectual contact – those we can really do something about.” As I read this, I was reminded of the way that many in the modern world (secular and Christian) will claim that they love ‘humanity’ or ‘people’ while treating individuals like absolute garbage. This is exactly what Jesus’ words about loving enemies and neighbors was meant to counteract. It’s unfortunate that many of his followers have failed to hear him.

Chapters four and five were a bit of a let-down for me. They were bare-bones apologetics of God’s existence and Christ’s miraculous ministry. They weren’t bad. They were just very basic (after all, how much depth can you really get into about the argument for miracles or the cosmological argument for God’s existence in less than 50 pages?). They were a decent starting point. And I’m sure they’d whet the appetite of someone who was unfamiliar with the ideas presented. But there are whole books dedicated to the topics he skims over. I really wish he would’ve expanded on them more and made this a more proper introduction to basic apologetics.

In chapter six, Willard makes a case for ‘knowing’ God through encountering him. This is where he acknowledges the role that spiritual disciplines and a willingness to approach God humbly come into play. From Willard’s perspective, we can know God is real as he changes our beliefs, attitudes, and emotions, as he speaks to us, and as we develop a sense of his working with us.

Willard offers another great quote when discussing atheists who write off all encounters with God without doing any real study or reading into the lives of some of the spiritual giants of Christian history. He writes, “Their case is rhetorically strengthened in the public arena by the fact that those who self-identify in our culture as Christians often know no more about the interactive life with Christ in the kingdom of God than the atheists do and do not manifest that life to the public.” OUCH!

In chapter seven, Willard offers a concept of ‘Christian pluralism’ that may make some uncomfortable. His basic case is that “because God is who Jesus Christ shows him to be, any person who in God’s eyes it seems right for him to accept certainly will be accepted by him. That acceptance will in every case be an act of mercy…Christian pluralism thus concedes that people of ‘other’ religions or no religion at all may be ‘right with God.'” It’s important to temper this with something else that he says: “The position in which Christ followers find themselves is one of knowing a sure way, an experiential way, to God for people today; the total reliance upon Jesus Christ, of being his disciple…Outside of that is an area of uncertainty where the Christian assurance is that God will do whatever is right. That is the domain of Christian pluralism.” Essentially, I see Willard making a similar case to what I’ve made in the past: God judges each of us based on the revelation that he’s provided (see Luke 12:47-48). For me, this has always been a helpful way of thinking about those who have never heard the Gospel, those who lived before Christ, the intellectually disabled, children, etc. But Willard is clear that this idea is not the “Good News” specifically or even “good news” generally. It’s simply a way of understanding how the Kingdom of God may impact those who have limited knowledge of God, Jesus, and that Kingdom.

Willard concludes the book with a chapter about the importance of Christian leaders advocating for actual, experiential knowledge of God – in their lives and words. Overall, it’s a fine call-to-action for a book like this. But it needs to be heard and heeded.

I’m so thankful that I picked up Dallas Willard’s biography two years ago. His thoughts have encouraged me, enriched my faith, and challenged me to rethink the way I live. And ‘Knowing Christ Today’ is a perfect example of how he’s done that. It may feel a little underdeveloped at times, but on the whole, it’s a valuable contribution to today’s discussion on knowledge, faith, and God’s work in the world.

A Review of ‘The Bible Among the Myths’ by John N. Oswalt